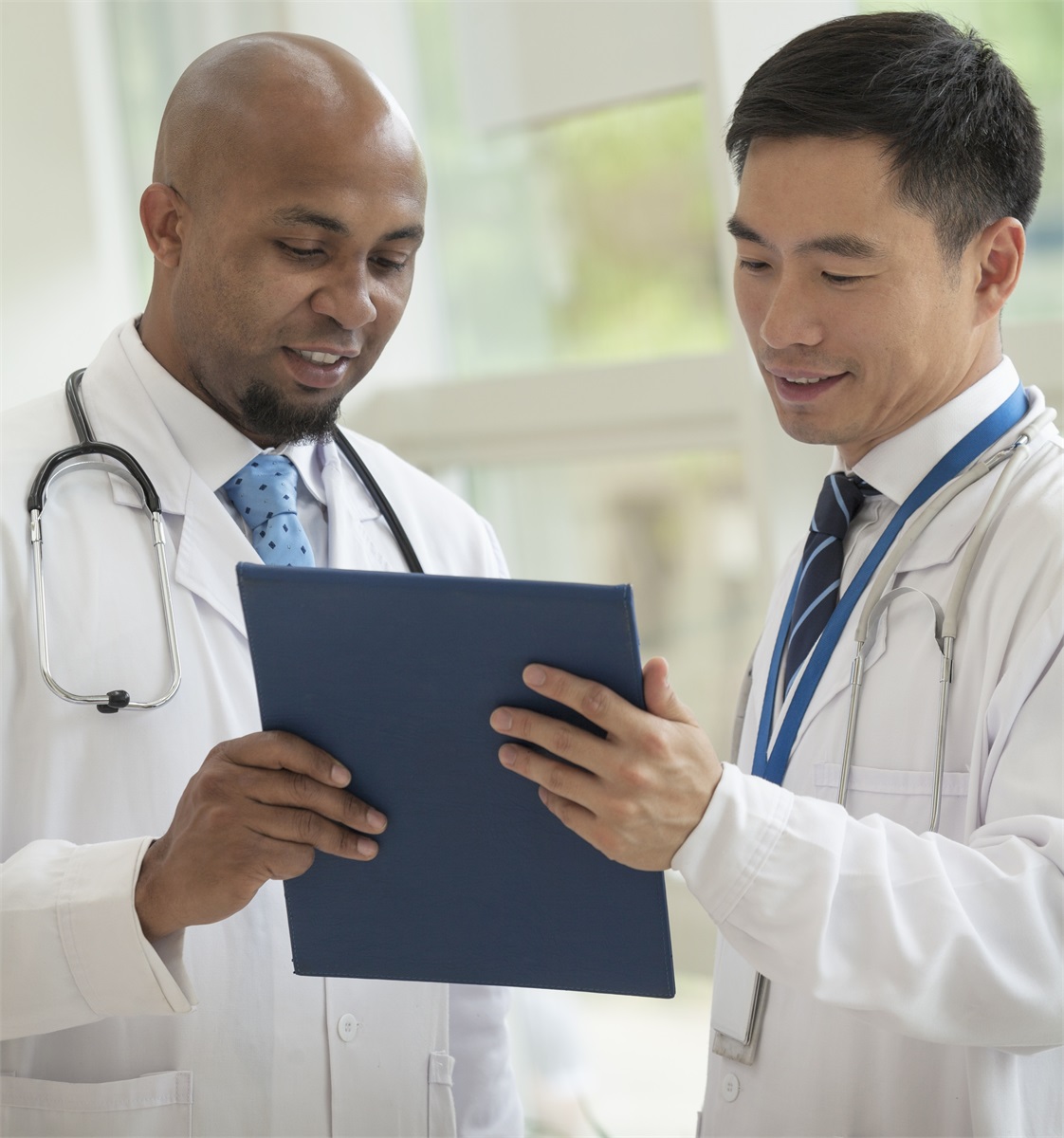 Today my friends, we are talking about an explosion. We’ re not talking about North Korea here- no nuclear explosions, but the kind that are under your control- a lifestyle explosion.

In a recent presentation that I gave to the Minnesota Osteopathic Society- I call this the first deadly sin (out of seven deadly sins) of practicing physicians.

I put this ‘ sin’ of a lifestyle explosion as number one for a reason and it’ s because most people, not just physicians, but most people – they don’ t understand the impact of their buying decisions.

Think about it for a moment…

Whether you get a Mercedes or a Tesla or a $5,000 Beater, most people are not thinking about the consequences of that buying decision.

Alternatively, what about paying for your kids for college? What is the consequence of paying for a 4 year, private college? Are you willing to work longer to make this happen?

In my opinion, this is a big, big problem and most physicians aren’ t aware of it.

Physicians are different than other professions. They don’ t have as much time to make up for their mistakes.

Let’ s look at it together.

What were your friends doing while you were slaving away in medical school and residency?

They were (hopefully) saving in their retirement plan, getting rid of their student debt, buying their first home, and having fun on the weekends.

You were studying hard virtually everything, pulling rotations, going on rounds, and furthering your medical knowledge. You probably weren’ t able to save much more than a few thousand dollars along this journey, Now, you are likely 7 to 10 years behind year peers and may have multiple six figures in debt.

Keep in mind that your career isn’ t likely to be 40 years- you may only have 25 or 30 years to save away and hit your goals through clinical medicine.

My friend Jim Dahle from the White Coat Investor had an interview with another friend Nii Darko on “ Doc Outside the Box” and Jim in that interview had some great points similar to the ones I just made.

He termed the problem as a ‘ lifestyle explosion’ and instead suggested that most residents would be better off having a ‘ lifestyle creep’ .

The problem that many folks have is that they don’ t understand what the heck this all means. Let’ s put some numbers behind it to help elevate our understanding.

What does this look like? it doesn’ t sound like much of a difference, right? That’ s only about $3,000 a month.

Jim and Jane Smith are currently both working, Jim is a full-time primary care physician, Jane is working part-time on the side and they have a beautiful family. They are in their mid-30’ s. They are practicing physicians. They just bought their house and they are really trying to now buckle down and figure out, “ what can I do at this particular point to save” ?

Over an experiment, we are going to do a simple split test of two scenarios.

What is a split test?

A true split test is where you only change one variable at a time. In this case, we are keeping all the variables the same except for living expenses.

In this case, we are merely changing the living expenses. All the other variables are the same. 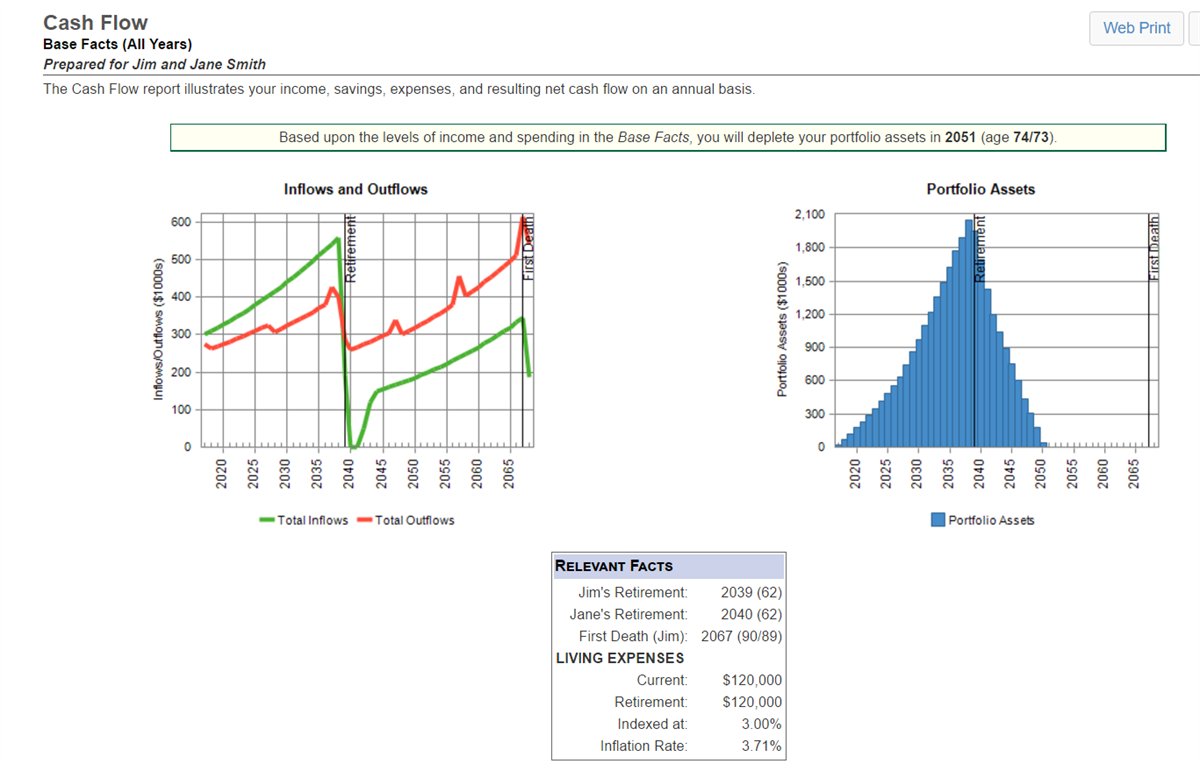 Below, we have a set of tables (geek out time!) that takes us a few steps further. 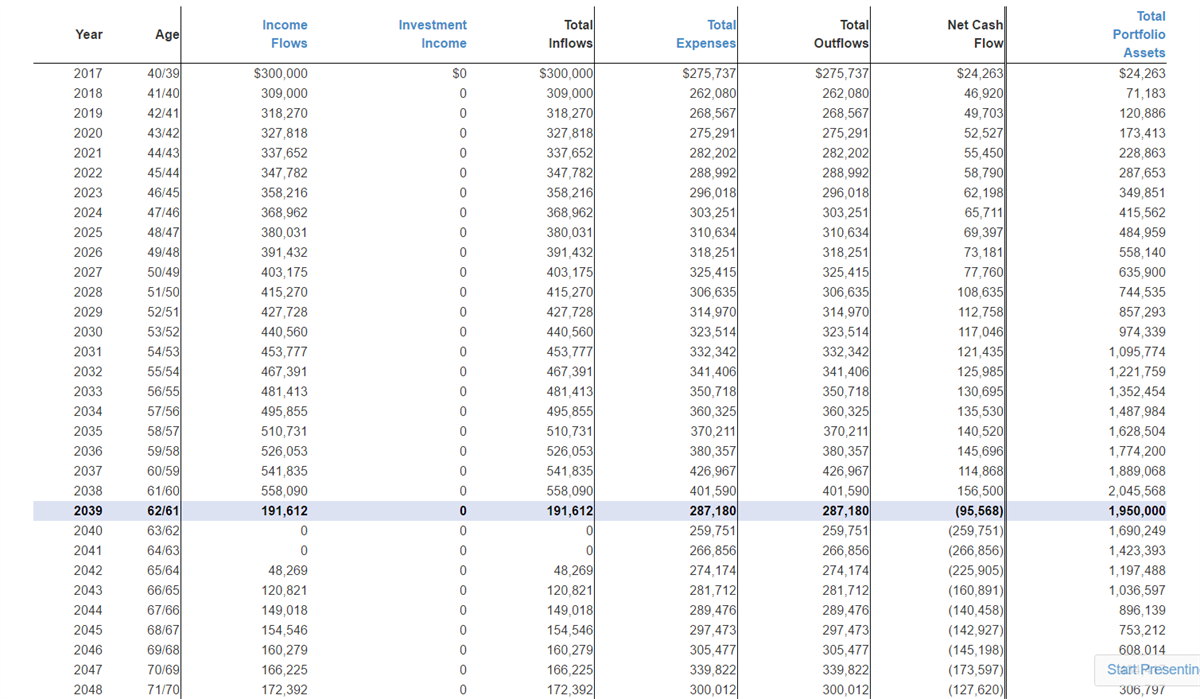 This table is called ‘ cash flows’ . You see the column on the far left is called income flows. In this scenario, this couple is making about $300,000 a year.

If you go down that column, you can see in a grayish-bluish color a highlighted row. This scenario (and the following one) has a retirement at age 62 which is why that is highlighted.

At that stage, you can see that there is some social security and some income sources that they have around the full retirement age of 65-66.

Keep in mind that the living expenses are just the tip of the iceberg when it comes to the whole enchilada of expenses. For example, they own a house, they have taxes that they have to pay, and so on and so forth. When you add it all up today, all their expenses between taxes and mortgages and kid’ s activities and going on a nice vacation every year is a total of $275,000. 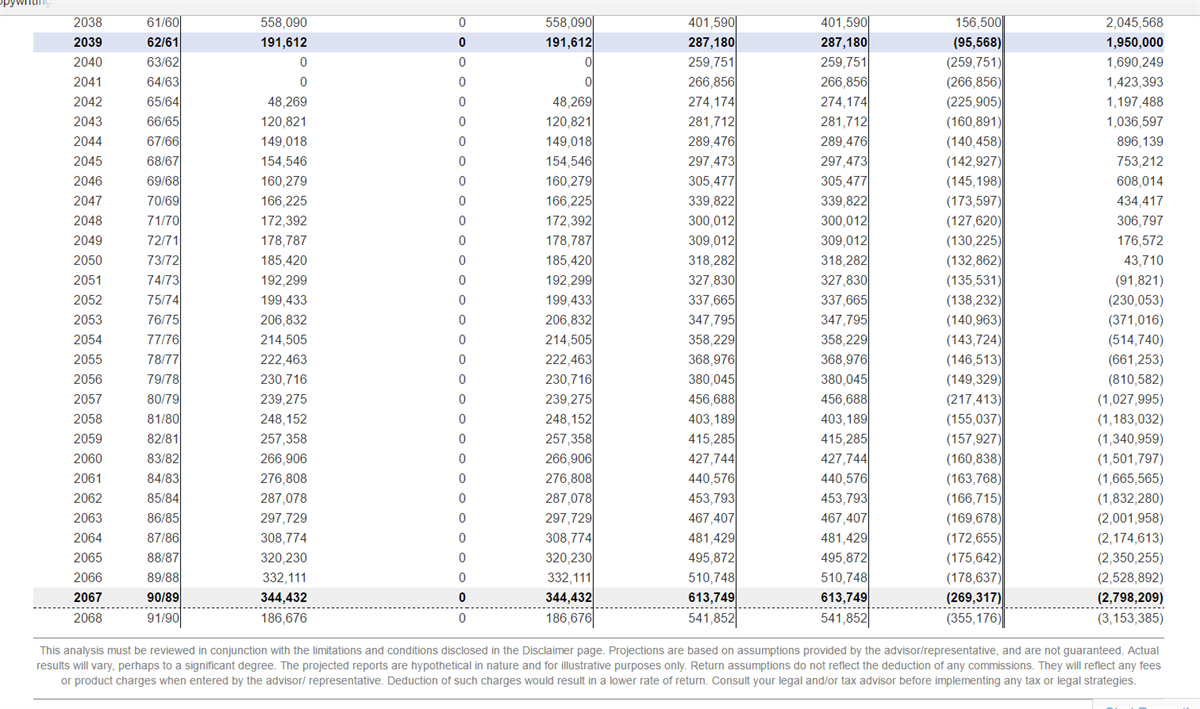 On the table above, that’ s the screenshot continued, you can see here at the top, here is the $2 million.

You can see their expenses get higher every single year due to inflation.

We can see here that while their expenses drop because their taxes are so much lower, this money starts going quick. Within a handful of year, two million dollars turns to a mere one million dollars. Another few years beyond… they are in their early 70’ s and it’ s gone. Isn’ t that nuts? It’ s just gone… $2 million gone in about a decade, wow!

Let’ s take a look at another example, another scenario. We have the same salaries, the same mortgage, and the same taxes. The only difference here in this split test is having $84,000 a year of expenses or $7,000 a month.

Let’ s see what happens here… check out the next table below. 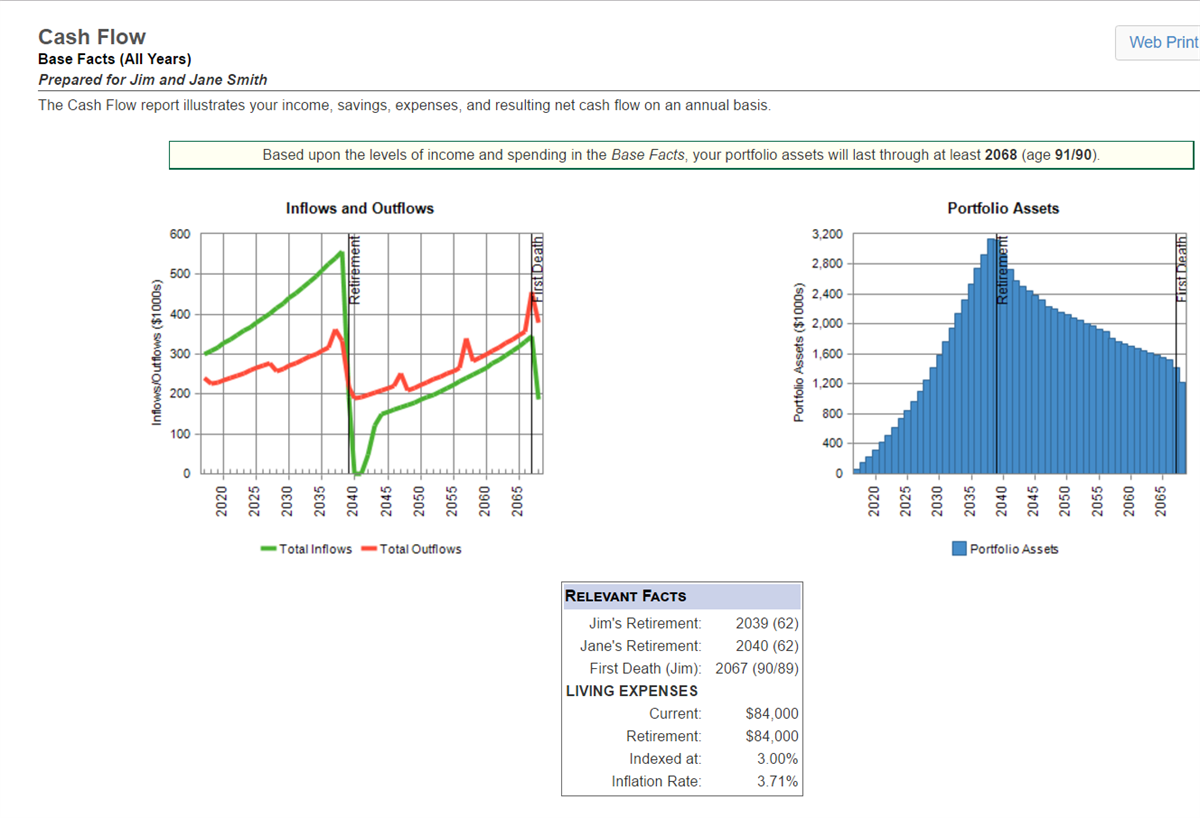 Remember before in scenario 1 we had $2 million by retirement. Just by making that simple change of $3,000 a month less in living expenses… rather than $2 million… look at this my friends… they have $3 million in retirement!!! 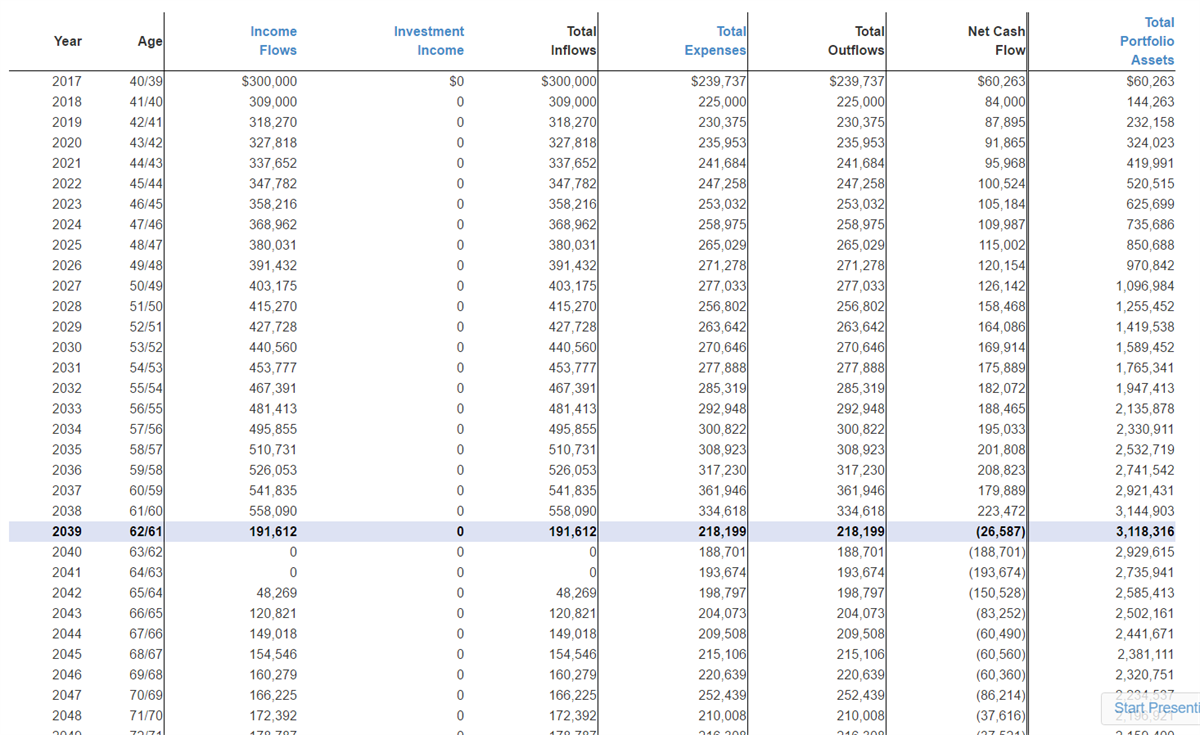 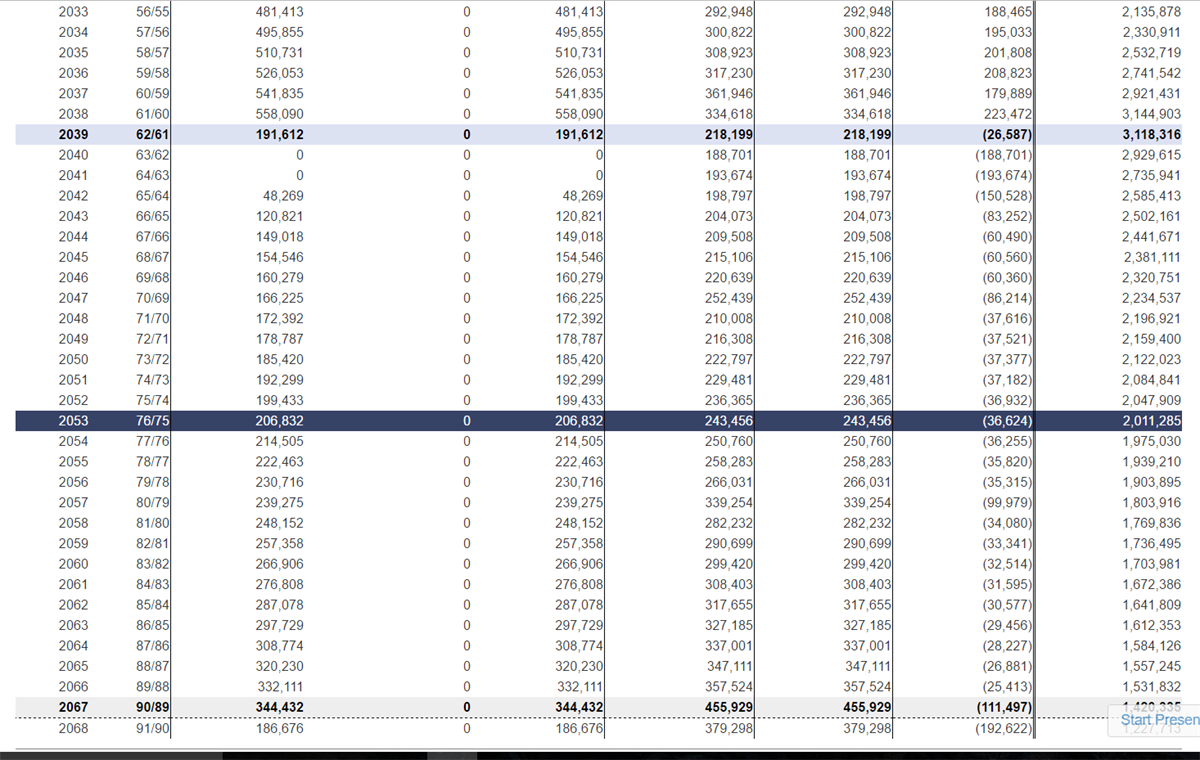 In year one of retirement of our previous scenario, total expenses were $280,000. In stark contrast, that number falls drastically… here it is only $188,000. That inflation bug went and bit them!

Just by changing their living expenses and that extra saving habit, compounding, the most powerful force in the universe according to Einstein, is a huge difference in here my friends.

The lesson I really want you to think about, if you don’ t get anything else out of this blog post today… you need to know your flow.

You need to know what your expenses are.

What do you think? Am I off-base? Am I a little nuts? Or is this spot-on?

Let me know your thoughts.

Dave Denniston, Chartered Financial Analyst (CFA), is an author and authority for physicians providing a voice and an advocate for all of the financial issues that doctors deal with.

You can find his latest blog post by clicking here.

The views expressed are those of the author and may not reflect the views of United Planners Financial Services. Material discussed is meant to provide general information and it is not to be construed as specific investment, tax, or legal advice. Individual needs vary & require consideration of your unique objectives & financial situation