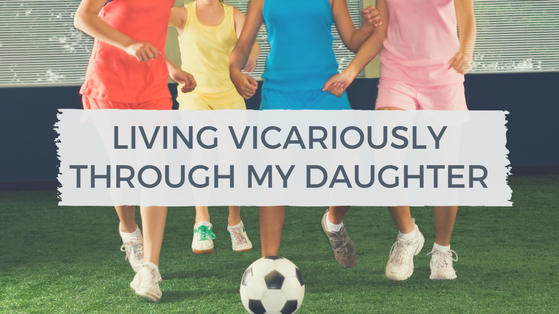 Living Vicariously Through My Daughter

Growing up in Southern California, soccer runs through my veins. Although, I have to be honest. I suck. My two left feet have a habit of crossing one another. I get frozen in a moment of worry. Although, I could always kick the snot out of the ball! Since my aim & dribbling skills were sub-par, they placed me as a fullback. I did a great job of clearing the ball and running people down, making stops, but never made goals. I still had fun though and loved it!

My oldest daughter, Gabby, is just turning 10 years old next week. (Don’t tell anyone, but we’re getting her a new pet… shhhhhh)

She has been playing soccer since she was four years old. Been in traveling league since sshe turned eight. I find myself pushing her and prodding her towards it. With bribes of ice cream for every goal, she’s caught onto it! She now loves soccer and said she wants to do it in high school & college.  Over the last few years, one of the joys of my life has been coaching soccer and other sports with her and for her.

Gabby was blessed with a big, fantastic brain (and a great work ethic) that will carry her a very long way. Unfortunately, Gabby also seems to have inherited her dad’s awesomely average athletic ability.

Anyhow, as I’m out there running around after nine and ten-year-old girls, I find that so much of what they need to learn is the fundamentals of soccer.

For example, how to properly knock the ball with their laces rather than their toes. Also, positioning has become more and more important. Making sure the girls know where to be on the field for given situations and scenarios—where they should be for corner kicks and goal kicks.

Honestly, I’m normally a pretty calm, sedated guy. Yet, when it comes to coaching, I get fired up—really fired up. I’m jumping and shouting, pointing and sharing. One day, I got called out by my assistant coach for being a little over the line. It was needed.

But hey, overall, I love those kids and really want them to succeed. I also put my arms around them and lavish the praise, trying to find something to cheer each of them with from time to time.

What’s most frustrating about this age group is how the girls can be in completely different places in their skills, ability, and knowledge.

In relation to financial planning, some of you need to work on your fundamentals like my soccer team. Others of you may have more knowledge, but could use a couple of strategies and adjustments.

I have one specific idea for each of you. This way no matter where you are at- there’s something you can learn today.

I just finished meeting with a young professional. He makes good money- about $120k/year. He’s transitioning between jobs & has been struggling with savings.

He has accumulated some money in his 401k- which is awesome- but has a small amount of credit card debt. He should be doing more.

He is currently on the path to working until he is 75 or will retire early and be broke the rest of his life.

Let’s not be on that path! Let’s make sure we are saving enough.

Overweight your portfolios with mid-caps.

So, it could be possible in a really cruddy year (but not guaranteed) that mid-caps could do better.

UPSIDE: Mid-caps had a significant edge on the upside- exactly 4%! Midcaps were well on their way to an average high double digit (17%) high-point compared to 13% for large caps. Over 18 years, mid-caps beat ‘em out 15 out of 19 times. That’s also big! It’s not just 1 or 2 years as outliers- it’s consistent.

So, not only are mid-caps about equal, if not possibly better on the downside, they kill it on the upside!

YEAR-END: What really matters at the end of the day isn’t the high and isn’t the low- it’s the amount of gains that you ended up with.

So, let’s take a look at the data…

Think about that for a minute…

Alright, let’s bring this all together.

Mid-caps have consistently been a good piece of the puzzle.

Any one year can have its fluctuations and on cruddy years, just think about the negative January effect, it’s about a 50/50 shot that large caps can outperform during the low points in the markets.

What I like about mid-caps is that they can and usually stay fairly close to large caps and give us a great chance to outperform the large cap index.

Anyhow, something to work on for everyone.

Do you have the fundamentals down? Do you need more advanced strategies? Give me a ring or enter an application for a strategy session by clicking on the button below. 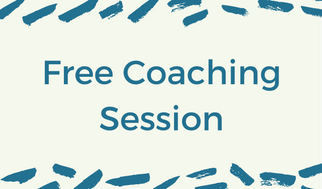