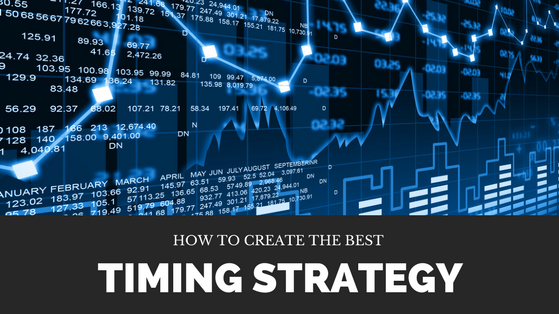 How To Create the Best Timing Strategy

In the coming year, I am grappling with the following questions:

What will happen in the next year? Are stocks safe?

What am I doing to best position you in the next 12 months (& beyond)?

In the next few minutes, I am going to reveal to you a sweet new strategy as well as how it affects our current systems.

Let’s get right into it!

One of my favorite resources is the Stock Trader’s Almanac by Jeffrey Hirsch. There’s a new version every year. Make sure to check it out!

This is where we have pulled a number of great ideas including the January effect mentioned in last year’s newsletter.

You start looking in mid-April to get more conservative. It may be April, May, or June depending upon the market. If things are going great, you stay in. If things start to suck, you move out.

You have to be patient for at least four months, maybe six months. Then, you start looking in mid-October to get more aggressive. If things are sucking, you are patient. If the market is go-go-going, then get involved.

It uses an indicator called the MACD to figure out the timing of when to pull out and get back in. How does it work, you ask? Below is an example of MACD indicator. The blue line is the MACD, the difference between the 12-day and 26-day EMAs of the index. Source: Wikipedia.com

Exponential moving average (EMA) is a price-weighted moving average which attaches more significance to recent data. The red line is the average or signal series, a 9-day EMA of the MACD series. The histogram bar graph shows the divergence series, the difference between those two lines. A "zero crossover" event occurs when the MACD series changes sign (goes negative-Sell or positive-Buy), that is, the MACD signal line crosses the horizontal zero axis. This happens when there is no difference between the fast and slow EMAs of the price series.

I can’t take credit for any of these ideas. A gentleman named Sy Harding did the original research. He wrote Riding the Bear ‐ How to Prosper in the Coming Bear Market (Adams Media, 1999) as well as Beat the Market the Easy Way (Wheatmark, 2007).

He published that the best time to sell is April 20th or later combined with a bearish MACD (negative MACD) signal.

Meanwhile, you buy after October 16 arrives AND the MACD is positive, or the next time the MACD line is greater than the signal line (positive MACD histogram), then enter the market the next day.

My partner, Brett Machtig, cited Sy Harding in saying that it has to do with the flow of funds into the markets, from November to May and money flowing out of the markets from May to October.

Tax consequences from short‐term trading are the primary drawback of these STS trading strategies. Since holding periods are less than a year, capital gains are short‐term and are taxed as earned income.

This can double your taxes and applies to taxable accounts like an individual, jointly‐held, and corporate brokerage accounts.

The cost of being wrong is too high. What if this is the year that doesn’t work? What if the market is great in July, August, in September or sucks in November, December, January, and February?

How Am I Going to Use This Strategy for You?

We use these technical indicators to assist us with making solid, research-based decisions rather than relying on our guts & emotions.

It’s better that way, trust me! I am just as emotional as the rest of us. =-)

While I don’t know what is going to happen over the next 12 months, I do feel that there are many aspects- both positive and negative- that we have to balance within the worldwide economy. There is a good reason to have hope, but we also need to be realistic about the long-term prospects for the developed world.

I thank you for your trust and giving us the opportunity to be of assistance to you. If you have any questions, please feel free to contact me at any time.

Many statements of future expectations and other forward-looking statements are based on current market and economic conditions and assumptions and involve known and unknown uncertainties that could cause actual results, performance or events to substantially differ from those expressed or implied. Keep in mind that current and historical facts may not be indicative of future results. Views and opinions expressed are those of Dave Denniston as of 1/30/16 and are subject to change based on market and other conditions. The information provided is general in nature. Consult your investment professional regarding your unique situation. Past performance is no guarantee of future results.

*All indices are unmanaged and are not illustrative of any particular investment. An investment cannot be made in any index. The Dow Jones Industrial Average is a price-weighted index of 30 actively traded blue-chip stocks.The S&P 500®, a market-capitalization-weighted index of common stocks.

* Municipal bonds, Corporate bonds, U.S. Treasury Securities, Government Agency bonds, and CDs will fluctuate in value and if sold prior to maturity may be worth more or less than their original cost.

* Understanding inherent risks such as interest rate fluctuation, credit risk, and economic conditions are important when considering an investment in the financial markets.

*Be advised that investments in real estate have various risks including possible lack of liquidity and devaluation based on adverse economic and regulatory changes.

*In general, the bond market is volatile, bond prices rise when interest rates fall & vice versa. This effect is usually pronounced for longer-term securities. Any fixed income security sold or redeemed prior to maturity may be subject to a substantial gain or loss.

*Foreign investments involve special risks including greater economic, political, & currency fluctuation risks, which may be even greater in emerging markets.

Views and opinions expressed are those of Dave Denniston as of 5/24/17 and are subject to change based on market and other conditions. The information provided is general in nature. Consult your investment professional regarding your unique situation. Past performance is no guarantee of future results