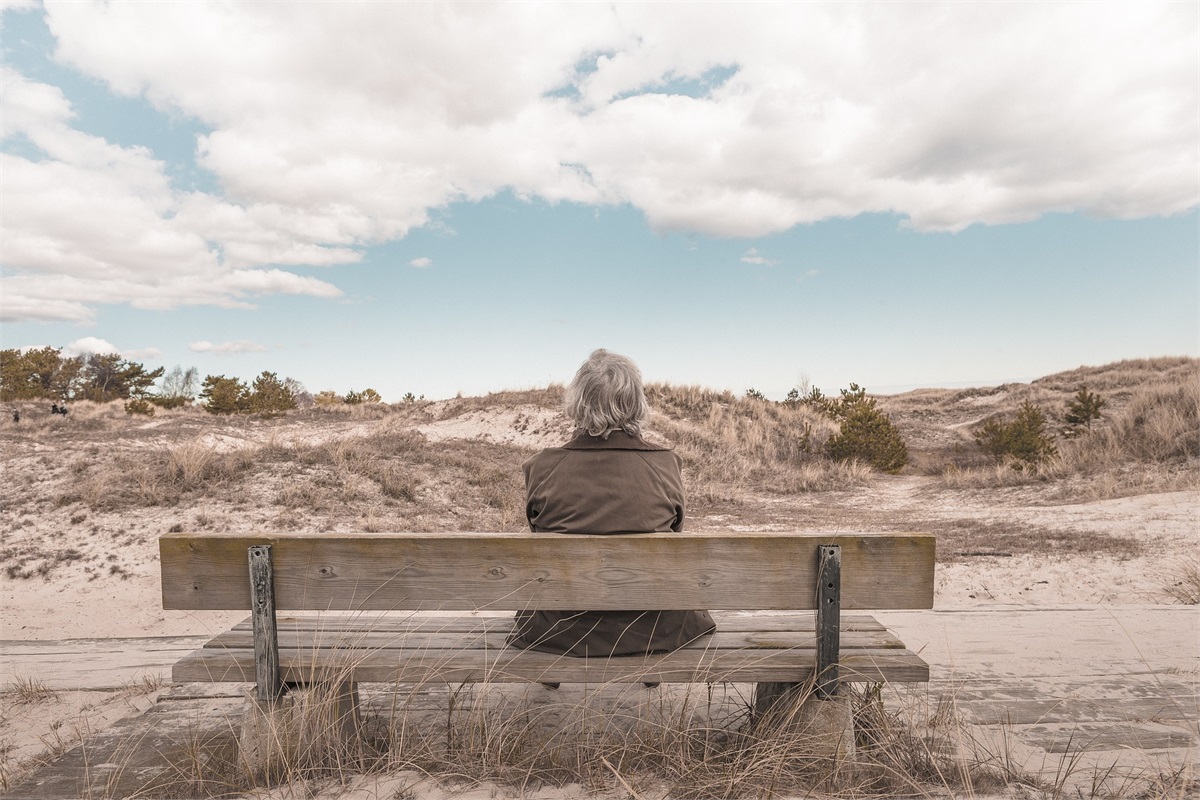 Welcome back to our series on the changes in tax planning during retirement!

If you’ve been following along with us so far, you will have read through our first few parts where we talked about the first steps of understanding tax planning changes, developing solutions, and Social Security tax traps.

Now we are going to move into Medicare and how that can affect your retirement.

Let’s take a look at how Medicare and something it calls “IRMAA” can impact some couples in the go-go years and beyond.

First, what is IRMAA? It stands for “Income-Related Monthly Adjustment Amount.” The emphasis is on “income” because it is a monthly tiered surcharge (again, a kind of tax) that is tacked on to people’s Medicare Parts B and D premiums. But it only happens if you have income over $87,000 for singles and $174,000 for married couples. Let’s take a look at what this means in action.

Meet George and Martha. They are a high-earning married couple, and both are Medicare Part B and D participants. IRMAA surcharges affect income from two years prior, and this couple was on track for $271,500 of modified adjusted gross income, or MAGI, in 2018.

Remember, my definition of a tax is any cost that increases as your income increases. So then, George and Martha will owe more tax than $188 because the gain from the sale of stock pushed them off the Medicare IRMAA cliff, into paying higher Medicare premiums. Let’s take a look.

Look at this Part B IRMAA chart. 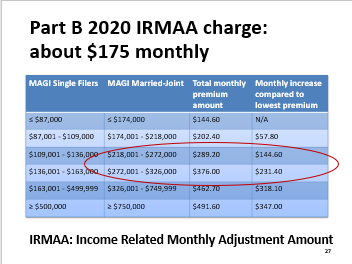 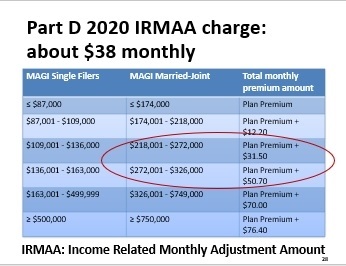 But it’s not over, because Medicare Part D IRMAA charges are also impacted. George and Martha will each owe about another $19 per month for their drug plans – an extra $461 for the couple over the course of a year. 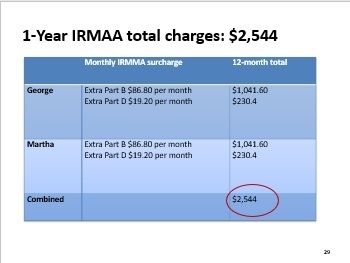 Adding all the IRMAA surcharges together for the year, George and Martha will each owe about an extra $100 a month, or about $2,500 for the year!

But if you go over the Medicare Part B and D income levels by even a single dollar, you move into the next premium tier. It doesn’t matter if you exceed the limit by $1 or $10,000 dollars. That’s what they call the “IRMAA cliff.”

Keep in mind: Your IRMAA payments aren’t determined by how much money you made the previous year but rather your MAGI from two years ago. It’s another tax thing that catches people by surprise and needs planning.

Making sure that you enroll in Medicare at the right time is a critical decision. If you bungle it, you’ll get hit by a lifelong penalty.

To help you understand, meet Jim and Ann, both 68. Jim retired at 65 and Ann retired at 66. Prior to her retirement, the couple had health insurance through Ann's employer, and they continued that after Ann retired because her employer offers retiree health benefits.

Unfortunately, they didn't know that they had to enroll in Medicare Part B as soon as Ann retired.

Even though Ann’s employer offers retiree health insurance benefits, those benefits are generally paid secondary to Medicare after retirement.

But Jim and Ann didn't realize the mistake until it was too late. And, thanks to the way Medicare enrollment periods work, they weren’t able to begin coverage until the next year.

You can see how much that translates to in real dollars. They owe $347 extra in 2020. And historically, we can estimate that premiums will be higher, so that 10% penalty will grow and grow. Over the course of a lifetime, that could translate into a $10,000 mistake for the couple!

For simplicity's sake, we're assuming that Ann's retiree health insurance covers prescription drugs, so they don't have to sign up for Part D. Just know there's a penalty for that, too.

We’ve seen how Social Security and Medicare have their own “tax traps” and unique rules and penalties. You may be asking yourself, “Wow, are there other tax traps we will face in retirement?”

Well, the rest of what we’ll cover isn’t like what we’ve seen with the Social Security tax torpedo or the Medicare IRMAA cliff. The public generally isn’t aware of those tax squeezes. What we’re going to see next time is how the tax code in plain view snags retirees, especially when there’s no planning.

If you have any questions, feel free to email me at dave@daviddenniston.com!

The views expressed are those of the presenter and may not reflect the views of United Planners Financial Services. Material discussed is meant to provide general information and it is not to be construed as specific investment, tax, or legal advice. Individual needs vary & require consideration of your unique objectives & financial situation. Neither United Planners nor its financial professionals render legal or tax advice. Please consult with your accountant or tax advisor for specific guidance.