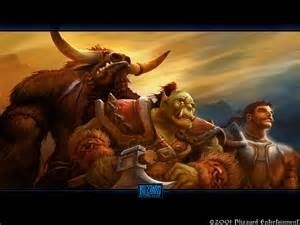 3 Lessons From World of Warcraft Every Physician Should Know

Back about 8 years ago, I was knee-deep in this mystical realm, eyes glued on my computer every spare chance I had.

Yes, I was an addict. There were many a time my wife wanted to throw my computer out the window, out of our balcony and then walk down, shatter it & destroy it “Office-Space” style with a bat. It was an escape, a charade, a fun way to connect with people.

It’s been several years since I’ve played and now that I reflect on it, there are several key lessons that we can apply to our real-world finances.

Would it be okay if I shared them with you?

The air whistles as a sword swings over your head. The ground explodes in front of you! Around the vast, vaulted room, bodies are littered across the floor.

No, this isn’t Medieval Times or Game of Thrones. It is simply a game. But not just any game… World of Warcraft!

Orcs, goblins, and taurens, oh my! We’re talking spells and dungeons and raids. Leveling up your character and flying across Azeroth to free maidens and quests and drinking lots of Red Bull in the process. Staying up 4 to 6 hours at a time playing… ‘the game’ with my “main”. 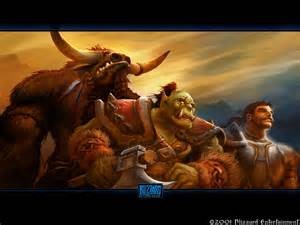 Anyhow, back about 8 years ago, I was knee-deep in this mystical realm, eyes glued on my computer every spare chance I had.

Yes, I was an addict. There were many a time my wife wanted to throw my computer out the window, out of our balcony and then walk down, shatter it & destroy it “Office-Space” style with a bat. It was an escape, a charade, a fun way to connect with people.

It’s been several years since I’ve played and now that I reflect on it, there are several key lessons that we can apply to our real-world finances.

Would it be okay if I shared them with you?

In the World of Warcraft, there is a whole economy. You can get copper coins, silver coins, and gold coins. You buy and you sell to further your character further and further and get better equipment, more stuff, or just simply make money.

It’s truly a game within a game. There is even a black market where you can sell stuff for real money!

Here’s a quick overview for the uninitiated noobs:

You accumulate goods like herbs, metals, cloth, and other stuff. You can use them to build your latest, greatest mage’s cloak or epic weapon.

In finance, there is a concept known as arbitrage. Essentially, the goal is to buy an object at a low price and then IMMEDIATELY turn around and sell it to someone else at a higher price. 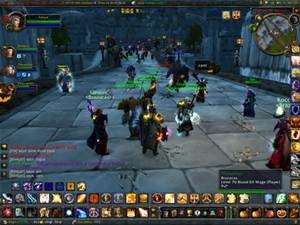 In Warcraft, I did this time and time again. I became very familiar with the prices in a given good. I KNEW the market. I KNEW when it was a low price or a high price. I would buy when it was low, buying up everything I could and then I would turn around and post it at a higher price.

This earned me thousands and thousands of gold coins!!! Sweet, right?

Also, there were other strategies you could apply. You could combine or splinter goods to find the best possible prices and make the highest amount of money. It was like instant arbitrage.

For example, you could buy some cheap good combine it with another good and then create a whole new good and turn around it sell it at an immediate profit.

There are actually hundreds of strategies in World of Warcraft that folks use to make money. There are even people who write guides on how to do this!

All-in-all, the lesson was clear. Buy low and sell high.

It was incredibly easy to do for the economically savvy!

Lesson# 2: The Big Money (& Risk) Is In Thinly Traded Stuff

Most arbitrage opportunities are EXTREMELY difficult when items are plentiful. There is a high amount of supply.

We call this a “liquid” market. It moves and sloshes around. There’s a ton of activity. The price was well-known and seen on a daily basis. Heck, it’s known on a minute to minute basis.

This was true on World of Warcraft as well. 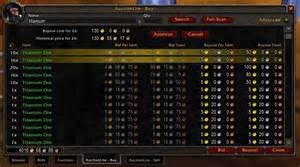 However, the true opportunities became in ILLIQUID markets where goods are thinly traded. To get to know the “true” prices of items that didn’t trade very often was extremely difficult. Was the titanium bastard sword worth 5,000 gold coins or 100 gold coins? What would people be willing to pay for it? Could you keep track of the illiquid markets better than other players to know the right price?

It’s hard to know when it only trades a couple times per month!

However, a common & repeatable phenomenon occurred when a new expansion pack came out.

“Rare” items from the newest and latest expansion packs will sell for loads and loads of gold while the “old rare” items suddenly plummeted in price.

The “new rare” or even “new common” items would astronomically catapult in price. This thinly traded market was predictably up and up and up. You can make tons of money selling the blacksmiths the newest, latest greatest metals.

The “old” metals would plummet in price. If you held the old stuff and didn’t sell it, you could lose a fortune!!

The lesson here was the big money (& big risk) is in the thinly traded stuff.

From an economic perspective, there was nothing more frustrating than uncontrollable supply that leads to spiraling prices.

You see, what would happen periodically is that the developers at Blizzard release a new patch. This often would completely change the rules.

It may effect spells or open up a new land or a new dungeon.

Each and every time this also had the unintended (or perhaps intended) effect of slamming and altering the economics of Warcraft.

Inflation got higher and higher. The same goods would often trade at two times their previous price, but new goods cost more and more and more- they would EXPONENTIALLY increase as gamers got interested once again with their hordes and hordes of mullah that they had been capturing since the game began.

All of this could happen unexpectedly with unintended consequences. All of this done by the makers of the game.

We were eternally at their mercy!
Here, another lesson was blazingly clear: The Golden Rule. He who makes the gold, makes the rules

It’s amazing to me how life lessons can be extricated from a silly, fun, and complex game.

World of Warcraft provided many fundamental lessons for me that continue to haunt me to this day and even give me a few chuckles.

Remember, Buy low and sell high, the big money (& big risk) is in the thinly traded stuff, and The Golden Rule: He who makes the gold, makes the rules.

How about you? What games have you learned lessons from?

What games are you playing with your kids and your family to teach principles of finances?

The views expressed are those of the presenter and may not reflect the views of United Planners Financial Services. Material discussed is meant to provide general information and it is not to be construed as specific investment, tax, or legal advice. Individual needs vary & require consideration of your unique objectives & financial situation.