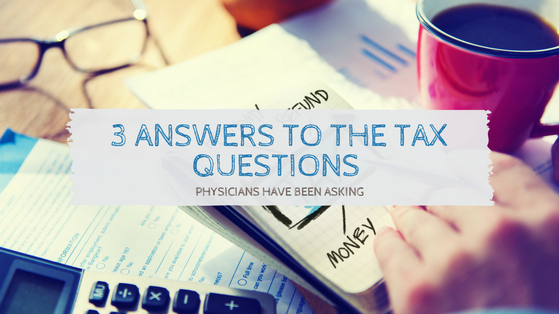 3 Answers to the Tax Questions Physicians Have Been Asking

Before we get into that, I wanna tell you a little story, my friends.

There was a general. He was leading his army into battle against the enemy 10 times the size of his own.

Along the way to the battlefield, the troops stop by a small temple to pray for victory. The general held up a coin.

He told his troops, “I am going to implore the gods to help us crush our enemy.  If this coin lands with the heads up, we will win. If tails, we lose. Our fate is in the hands of the gods. Let’s pray wholeheartedly.”

After a short prayer, the general tossed the coin. It landed with the heads up top. The troops are overjoyed. They went into battle with high spirit. Just as predicted, the smaller army won the battle. The soldiers were exulted, giving their high-fives. They said, “It’s so good to know we have the gods on our side. No one can change what they have determined.” “Really?” The general shows them the coin.

Both sides of it were heads.

And so my friends, today, as you learn about taxes, both sides of this coin are heads. We’re going to be talking about ways that you can slash your taxes. There are three particular questions as I browsed various sites to see what are tax questions that folks have. So if you have ones that aren’t here, please send them off to me at dave@daviddenniston.com, and we will address those.

And so my friends, what we have here in this situation, this is a physician that has some W2 income, meaning he is an employee of an organization. He’s a physician working in a current group, and then he is getting locums outside. And so he has his opportunity to make some great, fantastic money on the side to help pay down his debt or whatever else he wants to do. And that income, when he does locums, is paid as a contractor, an independent contractor, as he set with nothing taken out. So should he form an LLC? Should he form an S corp? What does that look like?

So let’s talk about kinda two situations with this.

Let’s first look at a resident. The resident that would be doing this is making $50,000 a year. So not very much money. This locums income, let’s say it’s gonna be $5,000 a month. So if they do it all the time, $60,000 a year. So total income of $110,000. Well, in this particular instance, tax advantages of having an LLC or an S corporation could be worth it. On $60,000 of income, of that 1099 income, you would normally, if you’re a sole proprietor, have to pay payroll taxes. You have to pay the Medicare taxes, the Social Security taxes, Medicaid taxes, all that kind of stuff. However, if you form an LLC that you pay yourself partially salary and part is pass through, which is the S corporation and works the same way—of course every state is different, so make sure you’re consulting with a CPA or attorney that knows your particular situation—you could be saving yourself a substantial amount of money. Consider that when you have this 1099 income, all of those payroll taxes total up to 15 percent. Fifteen percent on $60,000 gives us $9,000. By having a Subchapter S corporation, paying yourself 50 percent of that or an LLC that’s treated like an S corporation, then you’re saving yourself $30,000, 15 percent of that, $4,500.

Now, there are some costs to doing this when you have a CPA or someone helping with this. You have to run a payroll. You have to do some of those kinds of things. So you have to weigh those costs and benefits when you are a resident setting up your own S corporation. Are you gonna be committed to doing this for an extended period of time or is this just very short? If you’re only gonna earn $10,000, $15,000, $20,000, that 15 percent of half of that money is not probably worth to you to set up these other entities. So that’s the tax reason. Now, obviously, there are legal reasons. Someone might wanna have an LLC or an S corporation to have it separate from their own personal responsibility.

Now, let’s take a look at another situation. Let’s say this is a practicing physician. Let’s say they’re earning $200,000, but they are really trying to get rid of debts, and so they do some freelancing on the side. They do some locums. Or they get 1099 income of, let’s say, $60,000 again. Now, here’s the thing, my friends. Your payroll taxes currently, the way the system is set up, once you hit $120,000 approximately, you no longer have to pay Social Security taxes. So your main job at $200,000, you’re already hitting that limit. So all of your locum's income, you’re not gonna have to pay it anyhow when you end up filing your taxes the following year. So in comparison, Medicare taxes are unlimited. So if you have $700,000 of income that’s 1099, well, you can imagine 3 percent of that’s $21,000, then absolutely, that can make sense to have an S corporation. When you’re relatively looking at a smaller amount of money, it may not make sense. So bottom line, if you’re getting paid all 1099, S corporation makes sense. If they put in a smaller amount of money, you really have to look at your situation whether you’re already practicing or not.Their normal job where they’re making $300,000 to $400,000 doesn’t have any 401k benefits. So no 401k benefits there, but they do have $100,000 that they’re getting through a 1099 income. 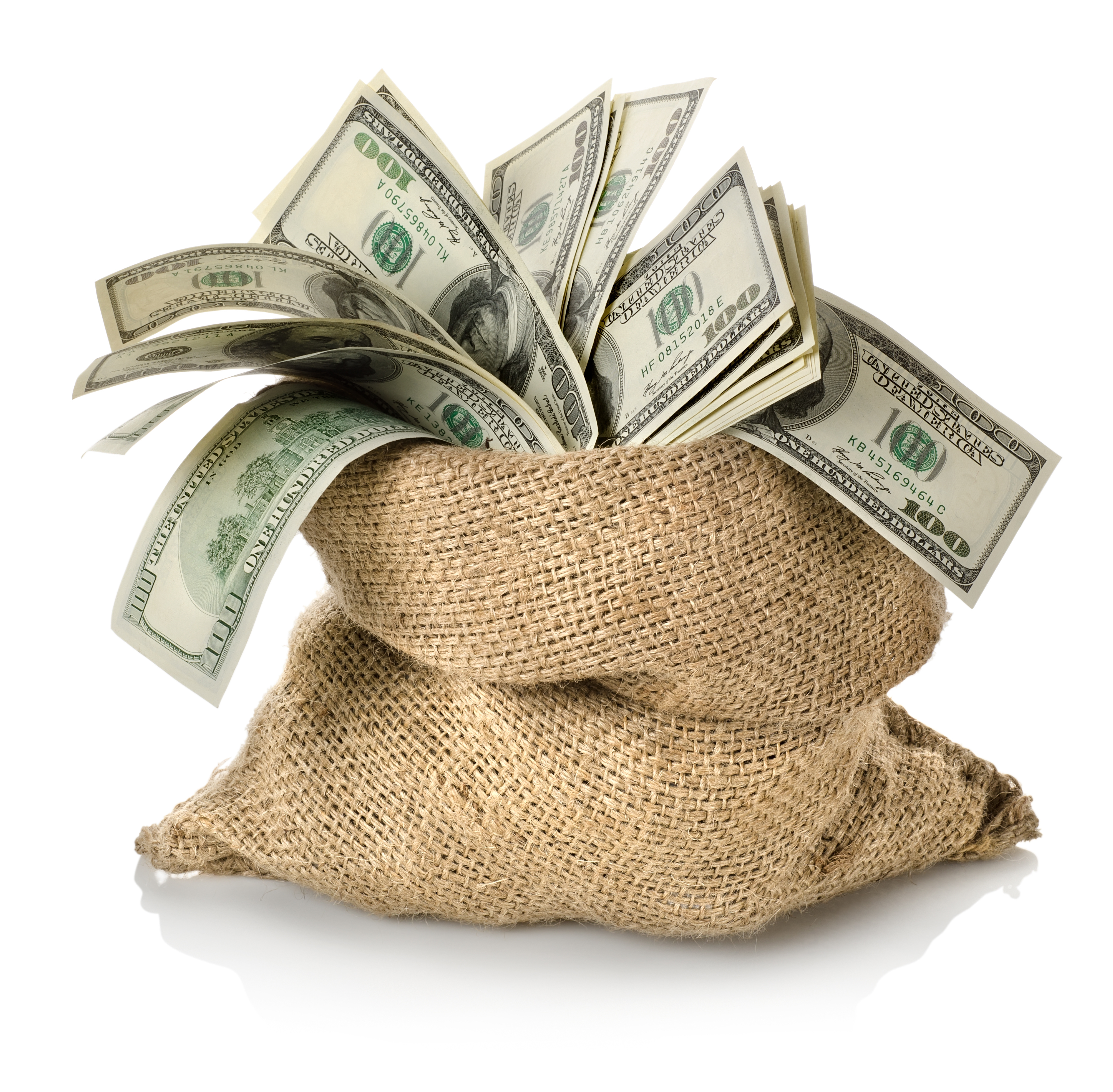 Feel like you are leaving this much dough on the table?

Now, another possible strategy for this person that they weren’t thinking about is what’s called a defined benefit plan. And I have clients who set these things up. Now, the problem with defined benefit plans, which is different than a 401k plan, which is a defined contribution, is that the 401k, you can make a zero contribution in the year. No one is telling you, “Hey, you have to put in this money or else.”

You can do a zero. You can do up to that limits that we were talking about, which can be substantial, you know, $30,000, $40,000. A defined benefit plan, this particular physician could probably sock away $70,000, $80,000 tax deductible. And with the defined benefit plan, you’re making a commitment. You’re not having that option of a zero unless you don’t have any income coming in that year. You have to put money into these plans. But when you do, it can be a huge tax deduction. I have clients that have their own businesses. They make $1 million a year. They’re able to sock away $300,000, $400,000, $500,000 a year in these plans, all of it tax deductible. Can you imagine that? Can you see the power of that strategy? It is awesome. So I would give this person both of those options as something they might wanna think about doing.

Now, let me just point out something here real quick, my friends, that this person who is doing that is incredibly smart. When you have your own business, which I talk a lot about the time that you want this 1099 income, whether it’s through locums or you own your own practice because you can do some of this really cool, creative tax stuff. That is legal. It’s not gonna get you through into jail. Let’s say you own your own practice. Let’s say you’re making $500,000.

And you are an employee. You have a few—you have maybe a PA. You have a few nurses, some administrative support. It’s a relatively small company. You know, let’s say the practice only has about seven, eight employees. In order to increase your tax deduction, because you’re making so much money, you’re dripping out 50 percent of everything you make in Uncle Sam, you might wanna think about adding a spouse as an employee and have him do a few things to make that legit around the office, but minimize that salary. Well, why do you wanna do that? Let’s think about this for a moment here. If you pay your spouse $20,000 a year, you do have to pay payroll taxes on that money as an employer and employee, so you lose 15 percent out the door.

We know that. But in terms of your income taxes, you would normally—if you didn’t pay that salary to your spouse, you would be paying it yourself in income taxes. And at that tax bracket for that $20,000, I mean, you’re paying, like, 50 percent and at $480,000 to $500,000 level. So what you can do is you pay your spouse that $20,000 salary. You then let them contribute into the 401k $18,000 for that tax deduction. Plus, if you do some profit sharing or a match, there’s another 4 percent, maybe 10 percent, maybe 20 percent, maybe 25 percent of that salary depending on what you do for your practice that you can also put in for your spouse. So you get a tax deduction for the $18,000 plus another few thousand bucks. So you might be paying payroll taxes on that money, but you’re saving the 50 percent. So there’s still that alpha of 35 percent you’re saving today for putting in that money. Or they could do it as a Roth option or whatever. So it’s just another way to get some great tax deductions.

my friends, these are some fantastic ways that you can think about cutting your taxes.

Winston Churchill once said, “We contend that for a nation to try and tax itself into prosperity is like a man standing in a bucket and trying to lift himself up by the handle.”

And so my friends, utilize some of these strategies. They will help you. If you have questions about them, reach out to me.

And so my friends, let me leave you with this. You. You have an abundance of God-given talents and skills within you that you haven’t even begun to reach for yet. You are an amazing doctor who cares for your patients like family. You are a physician who can reclaim the love of medicine. Furthermore, you have the ability to be financially free. You have the ability to slash your debt and to slash your taxes, to be financially free. And sometimes, we all need a coach in a critical situation help us uncover and see those things so you can realize that you are powerful beyond measure. My hope for you is that you realize just some small aspect of freedom today while listening to this. I encourage you, take action. Take action today. I believe in you. I believe in your future. And I just wanna say thank you. Thank you so much for taking time to listen to me here today, for letting me be your coach.

If you are finding value in this blog post and you are ready for some additional help, you can book a free 30-minute strategy session with me by clicking on this link.